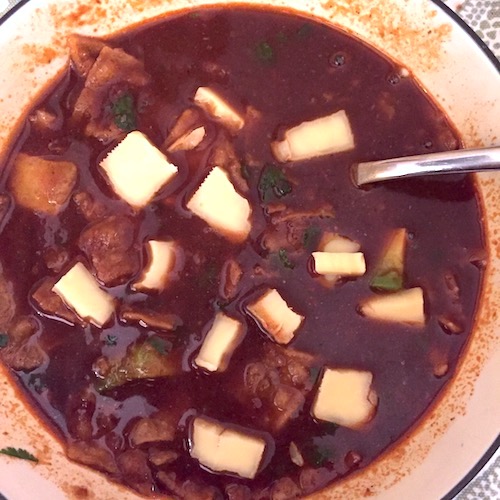 We mainly made the Ancho Chile Soup because it seemed like a quick, close-enough substitute for Chicken Tortilla Soup. Plus, it’s always good to try something new. Our verdict? Cook a chicken breast or two, then add it at the end. It needed a little bit more something than the recipe called for. Chicken was our thought, but you might think something else. Regardless, this was quick. We’ll be making it again, with the aforementioned tweak.