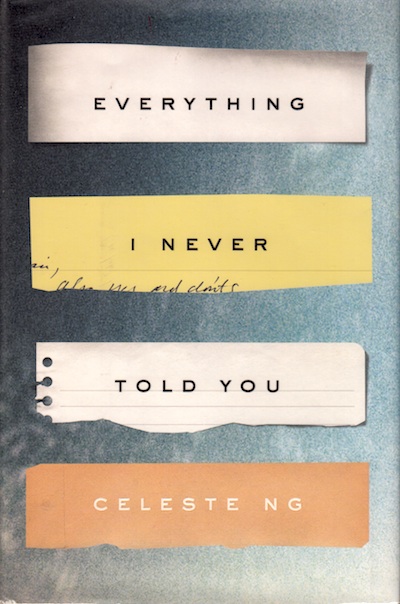 What’s it about?
It’s the 1970s, and a teenaged girl has died. Lydia Lee doesn’t come down for breakfast. Her family breaks a little bit. Her father, James, is the son of Chinese immigrants – he was the only Asian child in the small town in Iowa where he grew up; his family is the only Asian family in small-town Ohio where they live now. Blond, white Marilyn grew up in a traditional home in Maryland – and was whip smart in science and was determined to be a doctor. In the 1960s. Instead, she gets pregnant with Lydia’s older brother, Nathan. So James and Marilyn get married – and Marilyn’s mother never speaks to her again. And then there’s Hannah, the littlest sister, who gets used to being an afterthought. How does Lydia’s death change them?

Why should you read it?
It’s an amazing character study. Very little actually happens in the main plot line of the book: Lydia dies near the end of the school year, when we wrap up, it’s about six weeks later and everyone is mourning. How do they mourn? It depends very much on who they are and how they related to Lydia. James wanted Lydia to be popular and social. Marilyn wanted her to become a doctor. Nathan wanted to help her keep the family together. Hannah just wants someone to see her.

Everything I Never Told You is a lovely book. I’d highly recommend it.