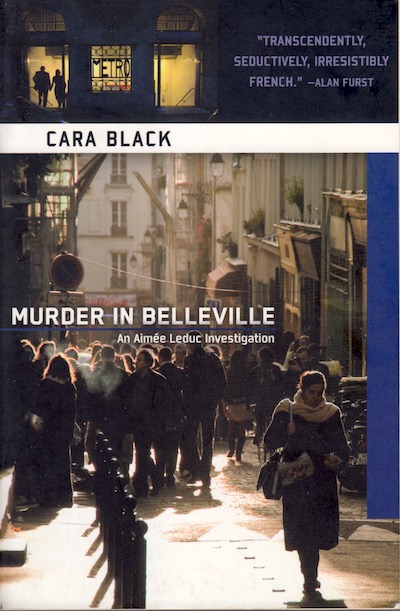 I want to talk about two different things that were going through my head whilst reading Murder in Belleville.

The first is quick and easy to dismiss: The Triplets of Belleville is a goddamn delight of a song and would pop into my head at completely inappropriate times.

The second is that blurb on the cover, the one that says the book is so very “French.” I spent much of the book trying to figure out why that was the case. Why? Because France was dealing very much with immigrants, many of them Algerian, in the early 90s (well, it still is, just in different ways now)? Because I suspect you could lift this storyline and put it into a city in modern America, you wouldn’t have to change it very much. (Perhaps that’s a product of America becoming more French – this was published in 2000.)

Otherwise, Murder in Belleville is a perfectly fine mystery/thriller. You don’t know what’s going on; there is governmental intrigue, a hunger strike, and eventually a hostage situation; this is a gritty world, and you don’t normally see Paris portrayed as dirty and gritty. The juxtaposition of gritty and glamorous is one of the things I quite enjoy about Paris in real life. I stayed up later than I intended last night so I could finish it before I went to sleep.

I’ll probably read the next one in the series at some point, too.