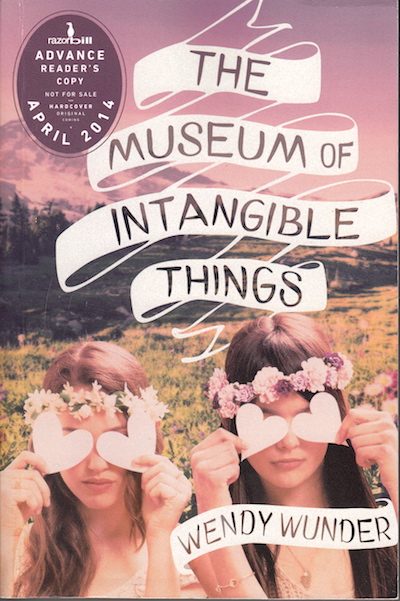 The Museum of Intangible Things is the third of four YA books that I’ve recently read. Three of them are all about dealing with depression and depressed people. (The fourth is a Rick Riordan adventure book.) It’s getting hard to write about them using different language.

So what sets this one apart? One of the two main characters is so manic, she’s actually starting to have visions – most other books don’t go that far. The other main difference is that the characters in this one are sort-of throwbacks to the stories from the 1970s and 1980s: they’re not wealthy and their parents are messed up so that they’re both functionally running their families. You don’t often see that in modern YA, though Judy Blume is all about that (Tiger Eyes, I’m looking at you).

Did I enjoy it? Yes. Would I urge you to seek it out? No.