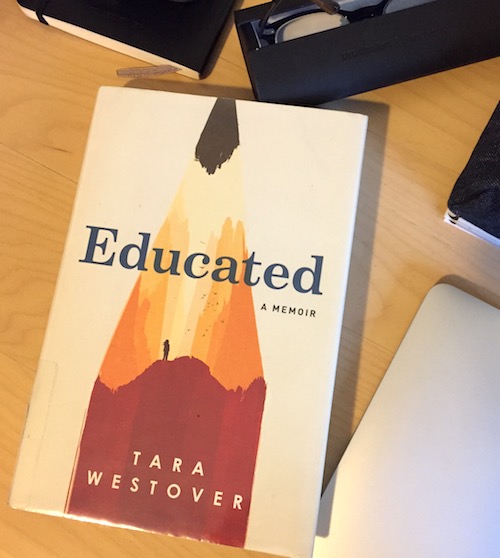 Educated was not an easy read. It’s the memoir of a woman who was raised in a strict Mormon household, the kind that is convinced the government is after them. Her mother was a midwife at first, and then a healer later. Suffice it to say, there was no going to see doctors. There was no school. She didn’t even have a birth certificate until she was 9. The home environment was not healthy, to say the least.

But she ends up at BYU as a 16 or 17 year old (it wasn’t exactly clear from her writing), where she starts learning both about the world and how to learn. She ends up at Cambridge and then Harvard and estranged from her family and parents.

Educated was a powerful read – you feel her emotions, the highs and the lows. The desire to run away, the need to fit in, and all the therapy in between.