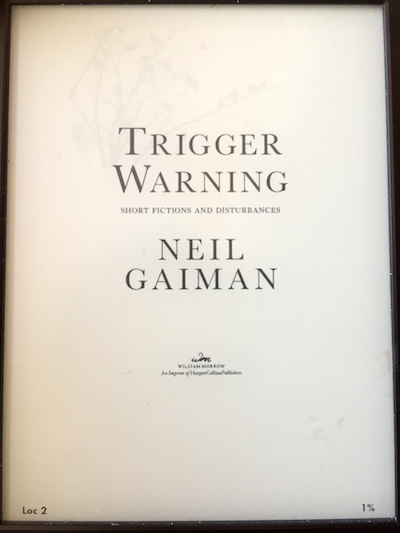 What’s it about?
Trigger Warning is a set of poems and short stories by Neil Gaiman at his Neil Gaiman-iest. It’s full of reimagined fairy tales, leprechauns that aren’t quite what you’d expect, that sort of thing. It’s very good to read when you need a little snippet of ominous oddness.

Why should you read it?
Because you’re a Neil Gaiman fan, and this is him doing what he does. Did I forget to mention that there’s also a Doctor Who short story and Shadow from American Gods shows up in another? It’s weird and British and good for a vacation.