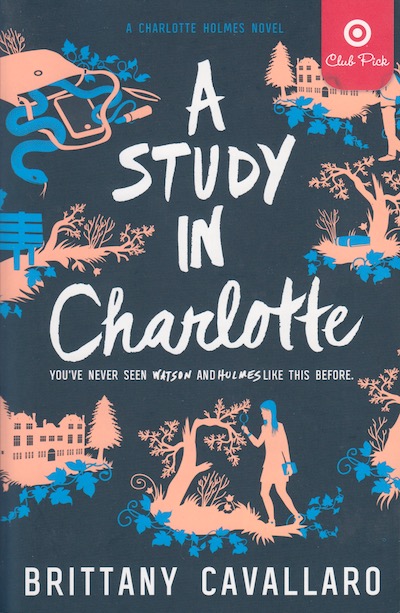 A Study in Charlotte is a modern Sherlock Holmes story that takes place in a posh New England boarding school with a gender swapped Sherlock, and it owes a lot to the latest Benedict Cumberbatch Sherlock BBC/PBS series. Charlotte Holmes’ flaws are played up: the obsessiveness, the drug addiction, the deliberate isolation. It’s not often you see a teenaged girl portrayed with quite such off-putting characteristics.

It was good brain candy for a busy/stressful time of year for me; it was what I needed.