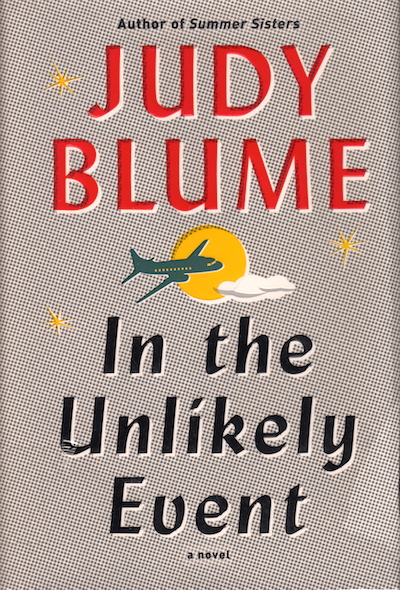 What’s it about?
Back in the 1950s, in real life, there was a New Jersey town where three planes crashed in a calendar year. Judy Blume grew up in that town. In the Unlikely Event is the story that captures what it was like to live there and the paranoia that takes over with a series of unusual events like that.

Why should you read it?
Because Judy Blume. I’m not going to lie. That was one of my major reasons.

She uses a very not-traditionally-Judy-Blume narrative trick: she changes perspectives. A lot. There are a ton of characters in this story, both main and minor. Parts of the story are told from each other their points of view. It can be hard to keep track of, particularly at first. (I’ve had many conversations with friends about this book – we all talk about this.) As soon as I stopped trying to figure out who I needed to care about and why for every single character switch, it got a lot easier to figure out which characters were important and why. Allowing myself the ambiguity at first made for a much better reading experience. It all worked out in the end.

Is it one of her best books? Probably not. Did I care? Not really. It was still entertaining and satisfied my curiosity.