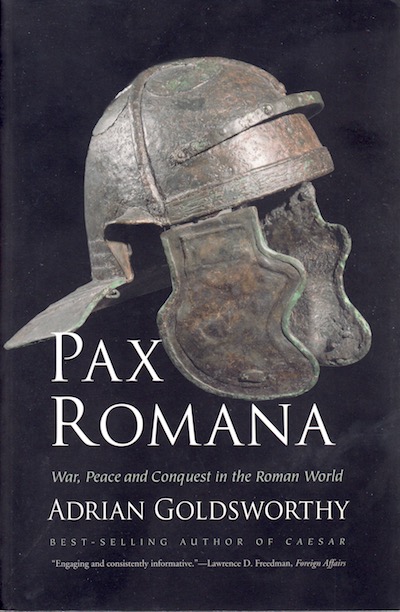 This is the second Adrian Goldsworthy book that I’ve tried to read and failed. It turns out that his books are not for Kates. I do know people who very much like his stuff; your milage may vary.

My main issue was that Pax Romana, instead of being about peace in the ancient Roman world, was actually about war and the military. Now, the subtitle of the book, yes, does state that it was also about war, but for the life of me, I could not find the “how was life during the peaceful times or maybe away from the frontiers where the fighting actually happened.”

And yes, the military is a huge part of Ancient Rome – but that’s why the title of this one intrigued me. I wanted a look from a different point of view, tell me about the other parts. I didn’t get the peace bits, and it bored me after awhile.

Alas, I couldn’t finish it, not even after trying for months. I finally, guiltily put it down a couple of weeks ago.