Recollections of My Nonexistence is a series of essays about growing up in the West, about becoming a writer, about being a woman who wants to do things in a society that doesn’t want women to do things. It’s also a story about a San Francisco that I worry doesn’t exist anymore, now that there has been so much money and so many tech people moving in and so many other people have been forced out.

But by and large, there is a thread of sexism and violence against women that runs through the book – these being the ways that women are kept in roles they don’t necessarily want. These are the ways that society tries to pretend women don’t exist, by silencing them in so many ways, including killing them.

Women, you, me, all of us, have a right to exist and to be heard, just as much as men do. These essays are the story of how Rebecca Solnit learned what that means for her and how she moves through the world. 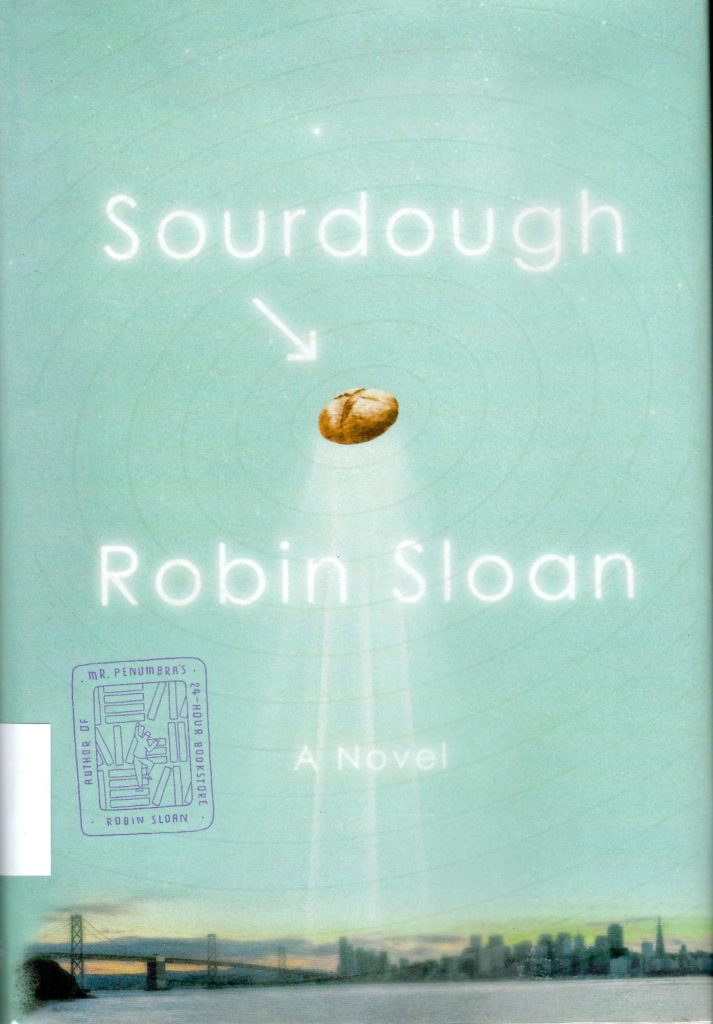 The main point of Sourdough is: don’t obsess over technology, which is alienating and takes you out of the real world. Instead, obsess over food, which brings people together.

There’s probably something intelligent to say about the intersection of the two – after all, one of the subplots is about how the main character is using a robotic arm to help her make bread, and another character is using genetic sequencing to create the perfect super-food. The technology + food equation seems to work better when the technology is supporting the food, not when it’s an end in and of itself. But also, the food will be just fine without it.

Or maybe you could enjoy a sweet story about a young woman finding her way in the world and not worry about technology and food and underlying meaning. That would work too.