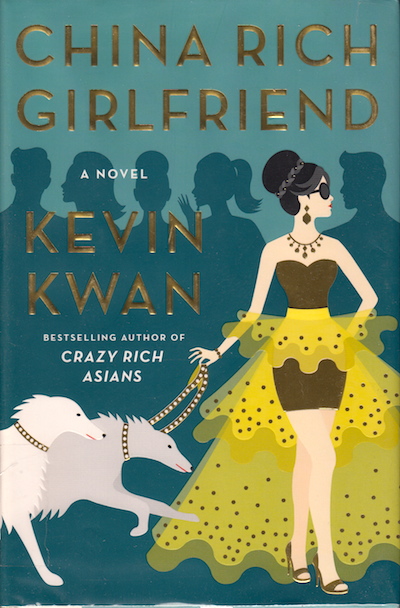 What’s it about?
Did you read Crazy Rich Asians? China Rich Girlfriend is its sequel. We met Nick’s family in the first book, and this time we meet Rachel’s. She discovers her birth father (she was raised by a single mother in Cupertino – just down the street!), and it turns out that he’s one of the new Chinese billionaires. Which allows our author to explore Shanghai society in this book like he explored Singapore society in the last one.

I should note that Rachel is not the China Rich Girlfriend. She discovers she has a half-brother; his girlfriend is the titular character.

Why should you read it?
You should read it because you read and enjoyed the first book. It’s not as good, but it is still fun. Kevin Kwan – the author – was raised in Singapore and clearly has first-hand experience of a lot of that city; he researched Shanghai.

But overall China Rich Girlfriend is a relaxing beach/vacation/holiday read. (I’m not saying much, but there’s not a huge amount to say – which isn’t always a bad thing. Sometimes an entertaining fun read is all you want.)