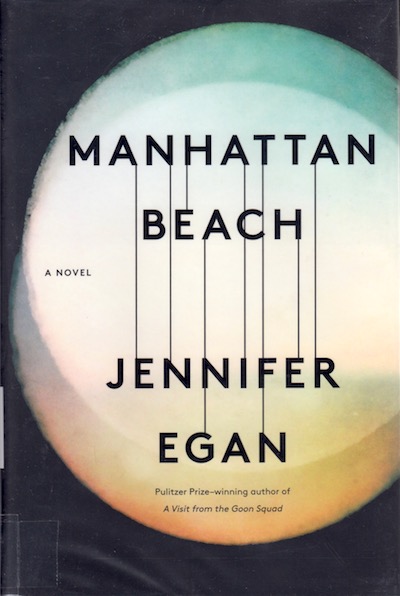 Manhattan Beach is about New York City in World War II, and it’s about a young woman, Anna, who decides she wants to be a diver. Her father disappeared when she was a teenager; she both wants and doesn’t want to find him. She would like to know what happened to him and to build a life for herself.

I picked up Manhattan Beach because I read the first chapter in an issue of Elle magazine and was entranced by the story of eleven-year-old Anna tagging along with her father as he goes to meet a new business acquaintance. It’s both dreamy and practical. Anna impresses her father’s new business partner with her toughness about putting her bare feet into the cold ocean; the cold ocean and the house on the ocean is shot through gauze. Nothing bad could happen at a house like that.

But overall, I ended up being surprised at the story’s toughness. The rest of the book is not nearly so dreamy or romantic. Bad things happen, people are betrayed, sexism is prevalent. Anna moves through the world competently and with confidence. It’s a nice change from the uncertain way women often act in stories.