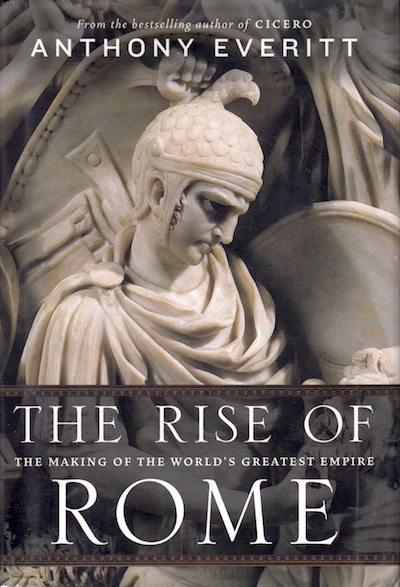 Ah, back to my interest in ancient Rome. The Rise of Rome is a basic, popular overview of the first 700-ish years of the Roman Kingdom and Republic. It’s all pre-Empire. It’s a good overview – and lets face it, a similar book sparked my own curiosity back in high school.

That said, there are a couple of not-so-small points. Sources are super-important, and the sources for history this far back are not great. In fact, the Goths sacked Rome in 387bce and destroyed all the records. All of it. So anything we have prior to that year is in the realm of mythology. The archaeology can help some, but there’s a lot that’s basically just legend – Cincinnatus, the original Brutus, Romulus, Remus, the rape of the Sabines… who knows if any of that really happened? The Rise of Rome doesn’t even mention that – it does talk about some of the more obviously made-up stories as such, but there’s a lot that we just don’t know.

That said, a lot of those stories are generally accepted as close to the truth; the later Romans certainly accepted many of them, which says a lot about how they wanted to be perceived. They’re interesting for other reasons.

Anyway, if you’re looking for a decent overview, this is certainly a good, readable one.