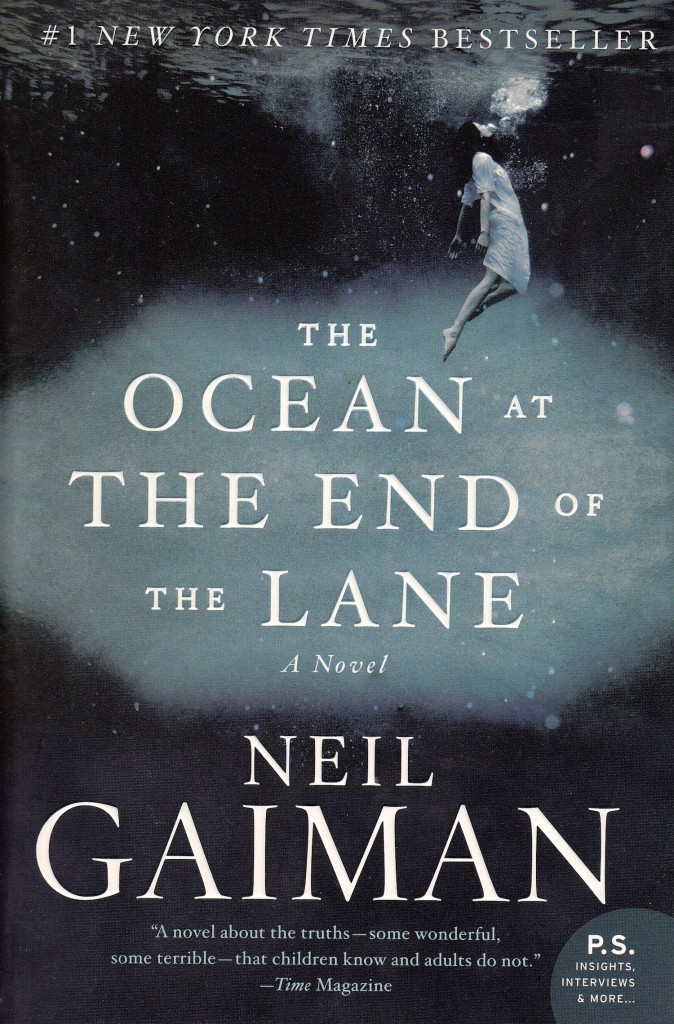 What’s it about?
The Ocean at the End of the Lane is a series of unfortunate events wherein a bookish boy ends up having a supernatural adventure. Someone dies, a monster from somewhere that isn’t here comes here and terrorizes our bookish boy. He eventually bests the monster with the help of his friends who have been around since the beginning of the universe. Or so it is implied. It’s also kind of about a sporty father who doesn’t understand his bookish son terribly well and the son’s coming to terms with that.

Why should you read it?
Gaiman writes beautifully and the story is well-told and shorter than I’d expected, honestly. It’s not super-deep or revelatory but it is a lovely little story that makes you care about the characters, with Gaiman’s characteristic oddnesses. It checks all the boxes.