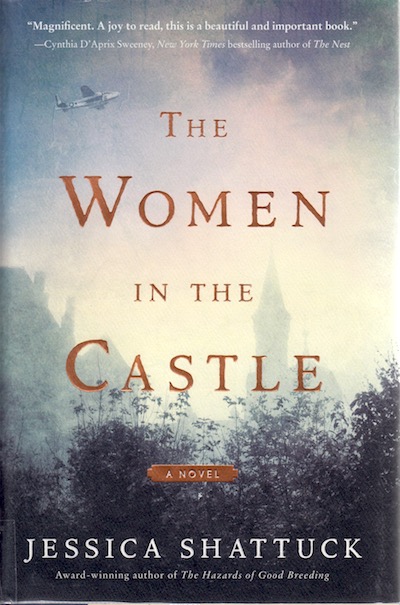 The Women in the Castle mostly takes place after World War II in Germany, but much of the story is told in flashback. There are three women and their children living in an old castle without any running water or electricity in post-war Germany. Who are they? How did they get there? What did they do during the war?

It is unsettling how much WWII-era Germany feels like the current political landscape in America: people from opposite sides of the political spectrum shouting at but not listening to each other; part of the citizenry determined to make their country great again no matter the cost; a willful denial of rights to a set of people based on their religion; citizens claiming that the denial of rights “isn’t that bad”; a bogeyman outside the country, a country using it as an excuse to prepare for war.