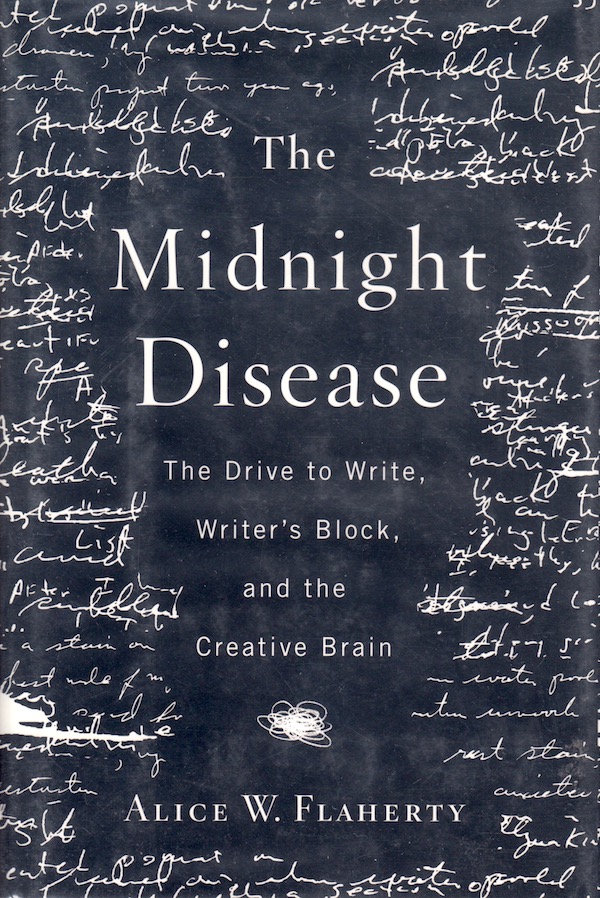 The Midnight Disease was fascinating, and I think I’ve recommended it to everyone I’ve seen in person since I finished it.

Alice Flaherty is a neurologist. She also went a little mad. She had a miscarriage and ended up being hypergraphic – which means she couldn’t stop writing. She would wake up at 5am and write, write over her lunch break, write when stopped at stoplights. It wasn’t healthy.

But because she’s a neurologist, you both get her memoir of her madness and also a tour of what’s going on in the brain and the other relevant literature for hypergraphia and its related diseases – especially epilepsy and bipolar disorder.

Apparently Dostoyevsky had hypergraphia; Dr Jekyll and Mr Hyde was written in 6 days (Robert Louis Stevenson may have been hypergraphic, but he was also high on cocaine); and Vincent Van Gogh could neither stop writing nor stop painting.

I would definitely recommend both The Midnight Disease and The Great God of Depression, the podcast where I first heard about it.