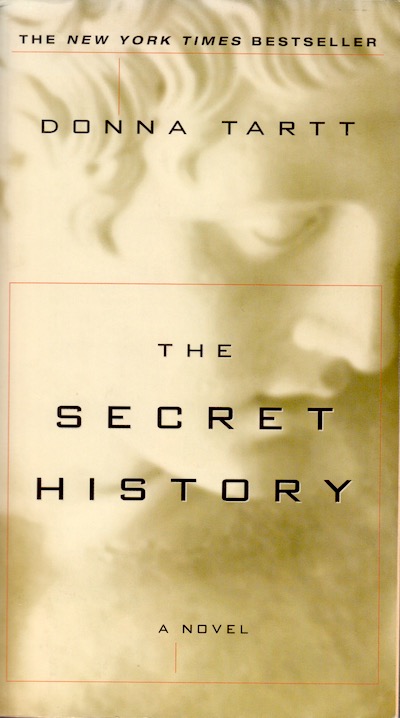 I read The Secret History about a million times in college. To this day, I’m not sure why I was so obsessed with it.

When the weather turned, it seemed like a good time for a re-read. The characters were much the same: so obsessed with finding some ancient Greek definition of beauty that they’d lost all their morality. Donna Tartt’s description of   the New England fall and winter were still lovely and haunting and they made me want to spend all my time at a small college in some tiny Eastern state.

What I wasn’t expecting though, was the parallels between Bunny, the tragi-comic character who drives much of the plot, and Donald Trump. They are both bumbling, in over their heads, cruel in a way that doesn’t realize its full consequences, utterly insistent that the world is the way he sees it, and charming (according to Maggie Haberman, Trump is captivating in a one-on-one setting in a way Obama never was). It made it kind of hard to read in spots, honestly.

That parallel made The Secret History surprisingly relevant – I got insight into our current president and the people around him in a way I was not expecting from a book published in 1992.

Recommended, and not just for nostalgia’s sake.