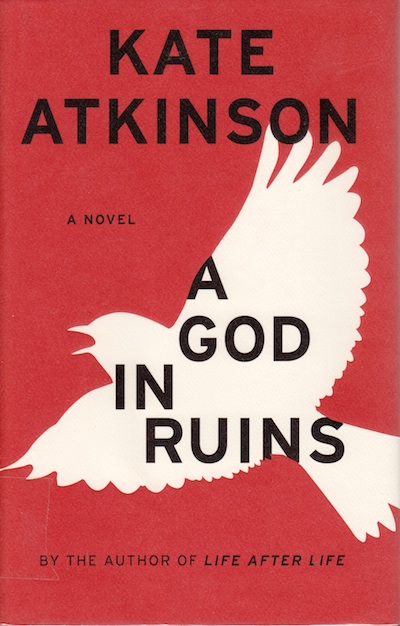 What’s it about?
A God in Ruins is a kind-of sequel to Life After Life. If you’ve read Life After Life, you might wonder how a follow-up could be possible. Before I read the book, my hypothesis was that she’d just chosen one of Ursula’s lives and gone with it. (However, my inability to remember what, exactly, happened to Teddy by the end of Life After Life was frustrating.) This book is about Teddy, Ursula’s younger brother. It’s a profile of his life, his wife’s, and their awful daughter. There are two grandchildren as well; they turn out ok. These are not spoilers – the book isn’t told in chronological order. In fact, there was a point towards the end of the book where I was wondering how on earth the grandchildren ended up as healthy as they were.

Why should you read it?
Because Kate Atkinson is a good author. This is a wonderful story; it’s about so many things. Themes of nature and how the world changes in the 20th Century, personal choice, and how we think about our lives and the people in them. I would definitely recommend A God in Ruins to anyone who liked Life After Life.