Tunnel of Bones is Victoria Schwab’s second book in the City of Ghosts series. It’s a middle grade set of books (so, slightly younger than young adult books – think for middle schoolers, or ages 11-13) about a girl, Cassidy, who can see ghosts and whose parents are professional ghost hunters. In the first book, she discovers that ghosts are still here because they haven’t been sent on for some reason – they died early and still have something that needs doing or were resistant to death or some other reason. Her power is the ability to bring them peace by sending them on. It’s not really made clear what “sending them on” means.

Here’s where I confess that I’m not much for the horror genre. I’ve read Stephen King, but I tend to skim the scary bits (I can do creepy, but outright scary is bad). This middle grade book, which has a ghost who is leveling-up to poltergeist status and can cause mayhem in the real world, is about my speed. Cassidy needs to learn the ghost’s story in order for him to be able to move on. She gets to spend some time with the ghost’s descendants learning who he was and what the circumstances were around his death – the main action of the book is this mystery: who is this person, why did he die, and how can Cassidy get better at what she does to she can stop the mayhem from happening.

I enjoy Victoria Schwab’s books, including her middle-grade. She does the right amount of creepy for me, even in her adult and YA books. And I am always here for a story about a girl kicking butt and figuring out what she’s good at. Tunnel of Bones is recommended. 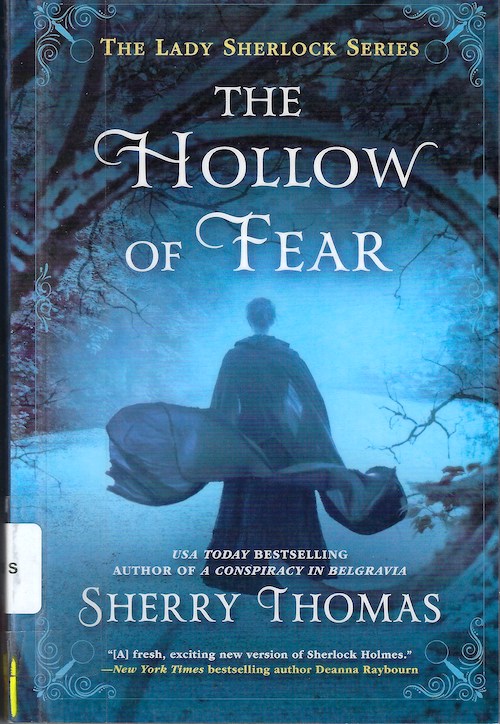 Of the three Lady Sherlock books I’ve read, The Hollow of Fear is the best. You get the characters, you get what seems to be romantical progress but might not actually be, and most importantly, the mystery that’s being solved has been significantly simplified.

The earlier books seemed to delight in making the problem to be solved as complex as possible so the reader didn’t figure it out ahead of time. This book still has timeline trickery for maximum confusion, but at least you’re not figuring out how three different mysteries fit together. So that’s a win. 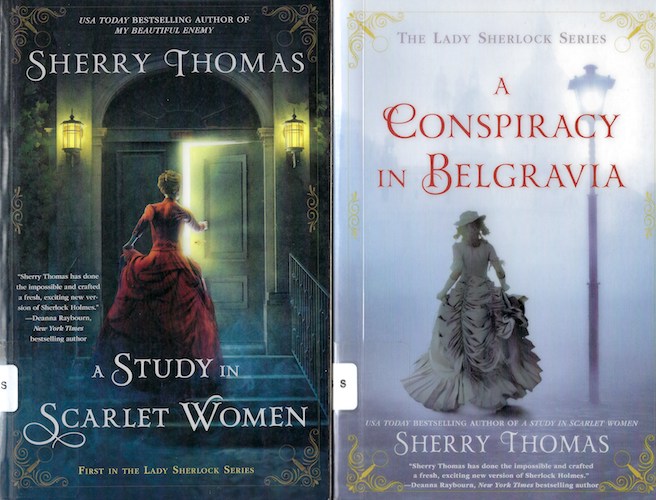 The Lady Sherlock series is… fine? I recently read the first two books; they’re fun without being spectacular. I’m not sure I could tell you any of the intricacies of the actual mysteries, which always seem to be entirely too convoluted. One of Agatha Christie’s rules of mystery writing is that the motive should be something simple and everyday. These books do not follow that rule.

However, I’m not here for the mysteries. I’m here for the characterization of women in Victorian London figuring out how to be transgressive and get away with it. Charlotte Holmes losing her virginity and making sure it gets out so her father can’t marry her off; Mrs Watson coming from the stage; Charlotte’s sister starting to make her own living by writing down “Sherlock”‘s mysteries. Sherlock is a total fabrication created so that people will bring their issues to Charlotte.

The books are a mixed bag, and I still have the third one on hold at the library, so I’m enjoying them enough to keep going on the series. 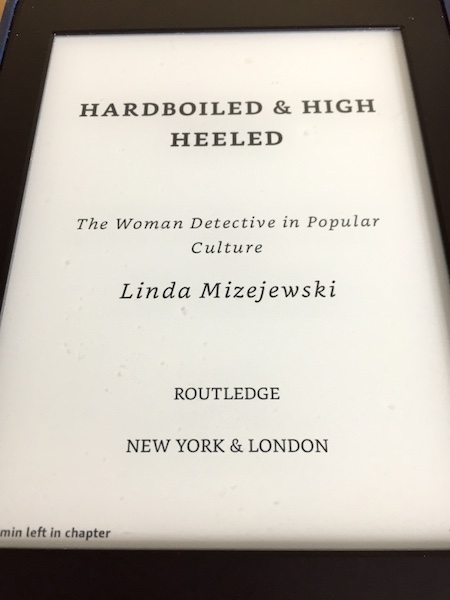 I had, perhaps a bit densely, never really thought about mystery novels primarily as books about working until I read Hardboiled & High Heeled. Mysteries had always been books about solving problems, about putting the world in order. That is, until this book pointed out that mysteries were the first stories to show women, working. Not as the love interest, nor primarily looking for a romantic partner. A woman, at work, solving problems.

It focuses mainly on three characters: Clarice Starling from The Silence of the Lambs, Kinsey Millhone, and Kay Scarpetta. Each woman is competent, not interested in relationships (though interested in sex, as most people are), and the primary objective of each of these characters is solving the mystery in front of them before anyone else gets hurt.

Hardboiled & High Heeled is a bit academical, but still readable. If you’re interested in how women are portrayed when they want to read as competent and in charge, this is a good start.