Tunnel of Bones is Victoria Schwab’s second book in the City of Ghosts series. It’s a middle grade set of books (so, slightly younger than young adult books – think for middle schoolers, or ages 11-13) about a girl, Cassidy, who can see ghosts and whose parents are professional ghost hunters. In the first book, she discovers that ghosts are still here because they haven’t been sent on for some reason – they died early and still have something that needs doing or were resistant to death or some other reason. Her power is the ability to bring them peace by sending them on. It’s not really made clear what “sending them on” means.

Here’s where I confess that I’m not much for the horror genre. I’ve read Stephen King, but I tend to skim the scary bits (I can do creepy, but outright scary is bad). This middle grade book, which has a ghost who is leveling-up to poltergeist status and can cause mayhem in the real world, is about my speed. Cassidy needs to learn the ghost’s story in order for him to be able to move on. She gets to spend some time with the ghost’s descendants learning who he was and what the circumstances were around his death – the main action of the book is this mystery: who is this person, why did he die, and how can Cassidy get better at what she does to she can stop the mayhem from happening.

I enjoy Victoria Schwab’s books, including her middle-grade. She does the right amount of creepy for me, even in her adult and YA books. And I am always here for a story about a girl kicking butt and figuring out what she’s good at. Tunnel of Bones is recommended.

This Savage Song and Our Dark Duet is a middle grade duology, known as Monsters of Verity. My daughter and I affectionately refer to them as the August Needs a Hug books.

This is a universe where monsters are created when people commit horrific acts. August is one of those monsters, created from a school shooting. Kate is human, the daughter of a mobster who keeps people safe from the monsters by controlling them much like he controlled (controls? it’s not quite clear how in the past it is) his crime empire. Kate is on her way to becoming a different, very human kind of monster, while August just wants to be human.

These books are a very sweet story about two people who become friends and grow up under what can only be called very trying circumstances. Recommended if you’re at all into YA or that particular branch of science fiction. 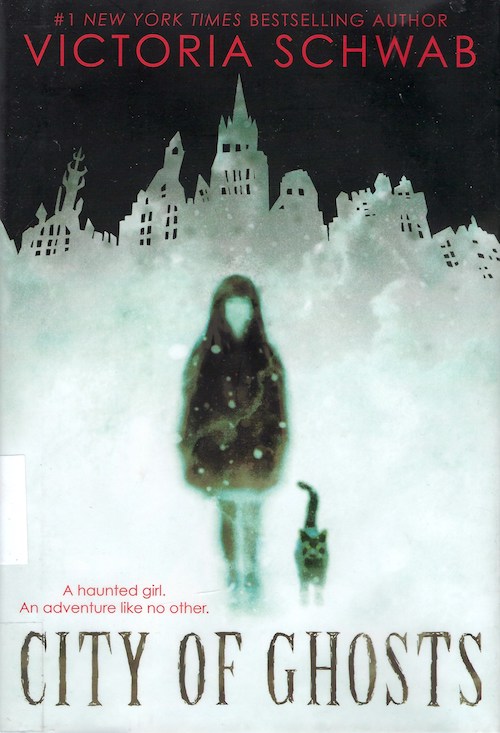 City of Ghosts is a middle grade ghost story that I read in the run-up to Halloween. Cassidy Blake almost died this one time; now she sees ghosts. Her parents are ghost hunters – which doesn’t work as well as you might think. They get an opportunity to go to Edinburgh, and Cassidy gets drawn into a drama in a city FULL of ghosts. Most of which, according to the author who is a sometimes-resident of Edinburgh, are local legends.

It was entertaining, and, since the framing is that Cassidy’s parents got a TV contract to look for ghosts in a number of different cities, this is only book one of many. I’m looking forward to the next one.