There are not enough words for me to talk about how much I loved The City We Became. I initially read it in March 2020, when NYC was in the middle of covid lockdown and the book still made me so fall in love with the city that I wanted to move there, like, as soon as possible. (Why am I not writing this until October? Well, let’s just say that pandemic productivity is bullshit and there are days that getting anything done has been incredibly difficult.)

In the book, cities are actual entities that get born into the universe when they reach a certain size and vitality. But the universe has forces who don’t necessarily like it when this happens – it’s a very Lovecraftian premise. New York City is in the process of being born, and its avatar (the young homeless artist who is the personification of the city) has gone missing after the battle of its birth. So each borough of the city gets its own avatar, its own person. Manhattan is a young brown man of indeterminate origin who has just moved to the city, the Bronx is an older Lenape woman, Queens is a young Indian mathematician, Brooklyn is a former Black rapper who is now on city council, and Staten Island is a young White woman who is terrified to leave the island. They all have to find each other, and then the main avatar in order to defeat the manifestation of the universe who would like to see the city snuffed out. It’s a basic quest story with twists and turns and I loved it.

It’s the first of a trilogy (warning: she’s still writing the next two books), but it’s based on a short story in How Long Till Black Future Month? So if you’re looking to see whether or not you’ll like the book, you could do worse than to track down the story and read that first.

Anyway. The City We Became is a damn delight and if you’re looking for a reason to fall in love with New York City you could do worse than reading this book.

The Broken Earth trilogy is Hugo Award winning – it’s the first time every book in a trilogy won the Hugo Award. It’s a phenomenal story set very very far in the Earth’s future, after the continents have re-merged back into a new Pangea. But the planet is also a lot more geologically active, with supervolcanoes erupting and earthquakes happening all the time. Every so often, an event happens that basically ends the current civilization – those events are called Fifth Seasons.

There are people – called oregenes – who can control the Earth and they have been enslaved by the people in power. Their lives are basically forfeit – they reproduce with whom they are told and when they are told, they are taken from their parents as children, if they’re born from regular folks, they go where they are told and do what they are ordered to. It’s not a pleasant experience.

The action is driven by the beginning of a new Fifth Season. Our heroine, Essun, fights for herself, her people, and her family. I don’t want to say more than that about the plot. The Broken Earth trilogy really is that good. They are highly recommended.

How Long ‘Til Black Future Month? is a collection of short science fiction stories by NK Jemisin, who I had never read before.

The introduction to the book, which talks mainly about how she became a writer and the importance of short stories in that development, made me realize something. Her quote: “How terrifying it’s been to realize no one thinks my people have a future.” I am embarrassed to say that this book made me understand how not having people of color in science fiction means the reader could think all those people are just gone from the world in the future. That’s 100% bad and not OK.

The stories, though. The stories are amazing. I loved The City Born Great, about how cities around the world, when they develop enough energy and culture from the people living in them, are born into their own thing. New York is the city in question in this story; Sao Paulo, Paris, and Lagos are just three cities who were born in the past. Los Angeles will be next. Sinners, Saints, Dragons, and Haints, in the City Beneath the Still Waters is a story about a man living through what seems exactly like Katrina flooding New Orleans, except there are dragons and the floodwaters have woken up the Haints, who want to destroy and eat everything. Tookie and the winged lizard fight it to save their city.

Giving up on The City in the Middle of the Night was a hard decision that was easy to do once I made it. It has nothing to do with the book. Her writing is great, and I was drawn into the world building. Alas, I realized shortly after I picked it up that I was really, really not in the mood for science fiction. Sometimes that happens.

Charlie Jane Anders is an amazing writer, and I would encourage you to read The City in the Middle of the Night if you are into science fiction.

I had two main high-level thoughts whilst reading Gnomon, and they’ve made me undecided about whether or not I like the book.

The first was: this is a science fiction version of Foucault’s Pendulum. Gnomon has a deep debt to Umberto Eco and his everything-is-a-great-grand-scheme book from 1988. The whole book is a convoluted conspiracy that maybe didn’t start out being a conspiracy but there were patterns that turned it into a conspiracy it was meant to be all along. In this day and age, when so many people want things to be conspiracy theories that aren’t, and that turns out to be really, really damaging to society, I actually had very little patience for this (and it was the reason that I ended up skipping ahead to the ending after reading about half the book).

The second thought is that you can tell, as he’s laying the groundwork for the conspiracy in the early chapters, that he is his father’s son. John LeCarré is, of course, a master at telling these kinds of stories and Harkaway has learned the mechanics from him. It’s well done and to be admired.

So: while the mechanics are very well done, the overall story wasn’t one I wanted to read. So I didn’t.

This Savage Song and Our Dark Duet is a middle grade duology, known as Monsters of Verity. My daughter and I affectionately refer to them as the August Needs a Hug books.

This is a universe where monsters are created when people commit horrific acts. August is one of those monsters, created from a school shooting. Kate is human, the daughter of a mobster who keeps people safe from the monsters by controlling them much like he controlled (controls? it’s not quite clear how in the past it is) his crime empire. Kate is on her way to becoming a different, very human kind of monster, while August just wants to be human.

These books are a very sweet story about two people who become friends and grow up under what can only be called very trying circumstances. Recommended if you’re at all into YA or that particular branch of science fiction. 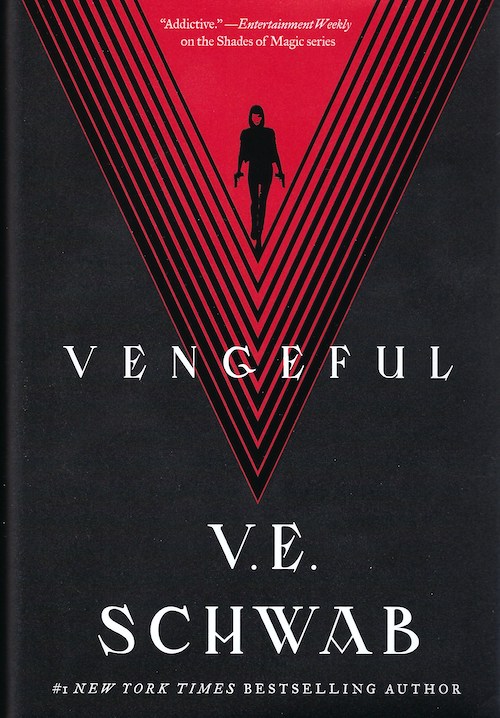 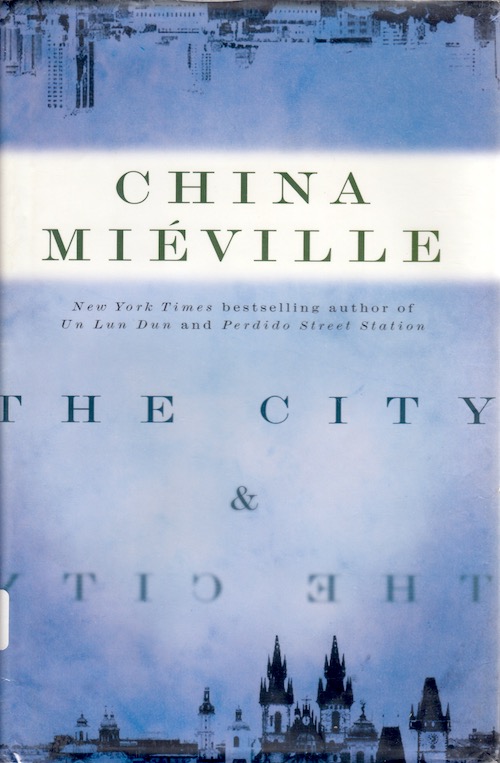 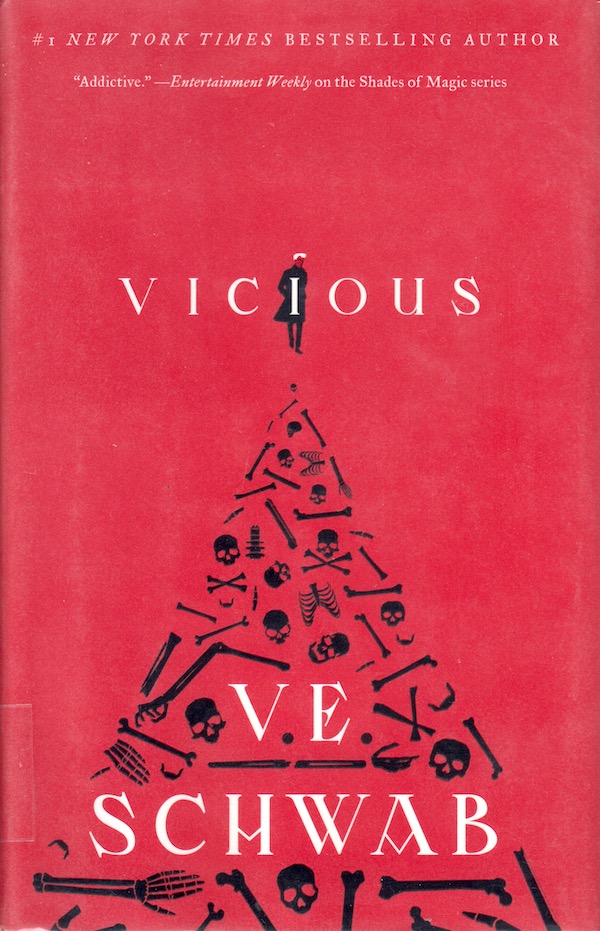 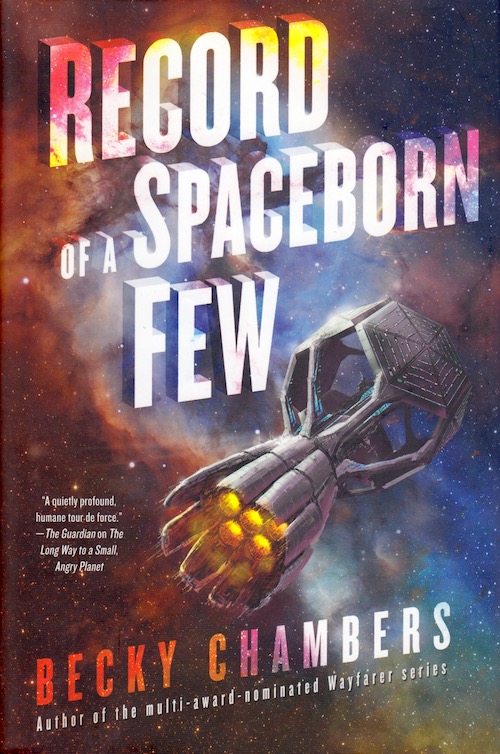