Well, that was devastating.

If Beale Street Could Talk is a wonderful book with so much love in it that is nonetheless about how structural racism can ultimately affect that love. Tish and Fonny are a young couple in love, and how they became a couple is told in flashbacks to the main story, where Fonny has been jailed for a crime he didn’t commit, and their struggle to free him.

It’s James Baldwin, so the language is marvelous; it’s James Baldwin, so the racism is cuttingly accurate. But what really struck me was all of the ways that love is shown in the story – the romantic love between Tish and Fonny, but also the friendship between Fonny and Daniel and the sisterly relationship between Tish and Ernestine and the parent-child relationship between Fonny and his father as well as Tish and her parents. The story is bleak, but the relationships and the caring that exists between people in the book was what made it worth reading to me.

Real Life is a Booker-nominated novel about a Black man working towards his PhD at the University of Wisconsin – my alma mater, and a place that doesn’t want to be racist but is. The action mostly takes place over one summer weekend, with all sorts of relationship cracks and repairs happening. Because it’s about racism, yes, but it’s also about how people are with each other. How they become friends and/or lovers. How they un-become friends and/or lovers.

I enjoyed Real Life (contrasted in the book with academic life, which, if you have ever gotten a masters or a PhD, you know how isolating it can be from the wider world), and not just because I got to remember the place I grew up. The relationships felt real and lived in, and the depiction of how isolating academic life can be was spot on. 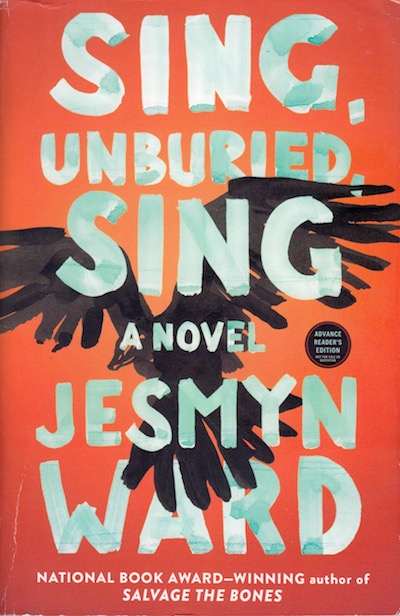 But this is not that kind of book. This is a family drama about an African-American family. There are three generations and they are all poor. All the adult men in the story have been to prison. Racism weighs heavily on them. The father in the story is white; his father killed the man who would have been his brother-in-law. He has only met his children a handful of times; his parents haven’t met their half-black grandchildren. He is the one the mother and children travel to pick up from prison when his sentence is complete.

Sing, Unburied, Sing is a heavy book. You can feel the weight of the generations of racism on everyone. The 13-year-old boy is definitely figuring out who he is, but it’s not in a fun lets-go-see-the-world kind of a way. That kind of privilege is absent here. Instead, it’s about learning to take care of your people and understanding who your people are.

Recommended, but schedule a party or something afterwards. 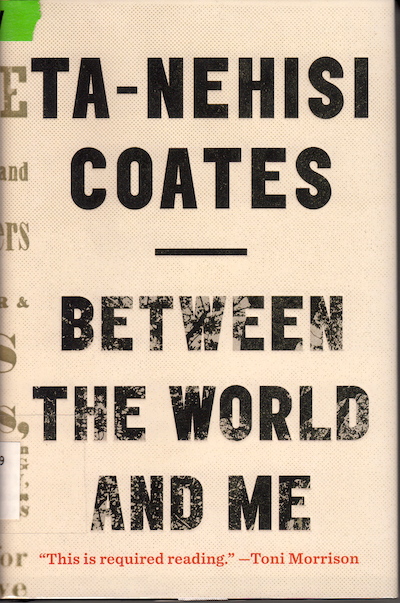 What’s it about?
Between the World and Me is about Ta-Nehisi Coates experience as a black man in America. It’s about stereotypes and early death and constant suspicion and intellect and how to raise a black son in that kind of environment.

Why should you read it?
Because you’re a person? Seriously, there is so much in here, and it’s such a short little book. It won the National Book Award. He got a MacArthur genius grant. He managed to get people to talk reasonably about reparations for slavery.

Coates is so clear about what it is like to always have to fight off suspicion, to have so many negative assumptions made about you because of the color of your skin. His description of Howard University being a rich place full of black people of all kinds – not stereotypes but people. And a place where he didn’t feel “other”. I have a better understanding of racism now.

Between the World and Me will be assigned to your children, either to teach them about race and racism or to talk about American culture in the early 21st century. It’s worth your time now.