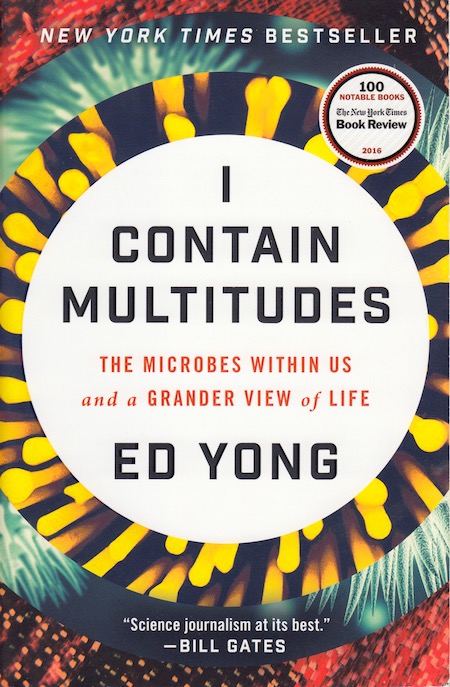 I have been avoiding writing up I Contain Multitudes because I’m not quite sure what to say about it.

It’s one of the first science books I’ve enjoyed in a long time? Check.
I learned a ton about how my body and its symbionts work? Check.
The world is a really amazing place and you should learn more about it by reading this book? Check.

And that’s about it. If you like science books about science, read I Contain Multitudes. You’ll probably enjoy it. 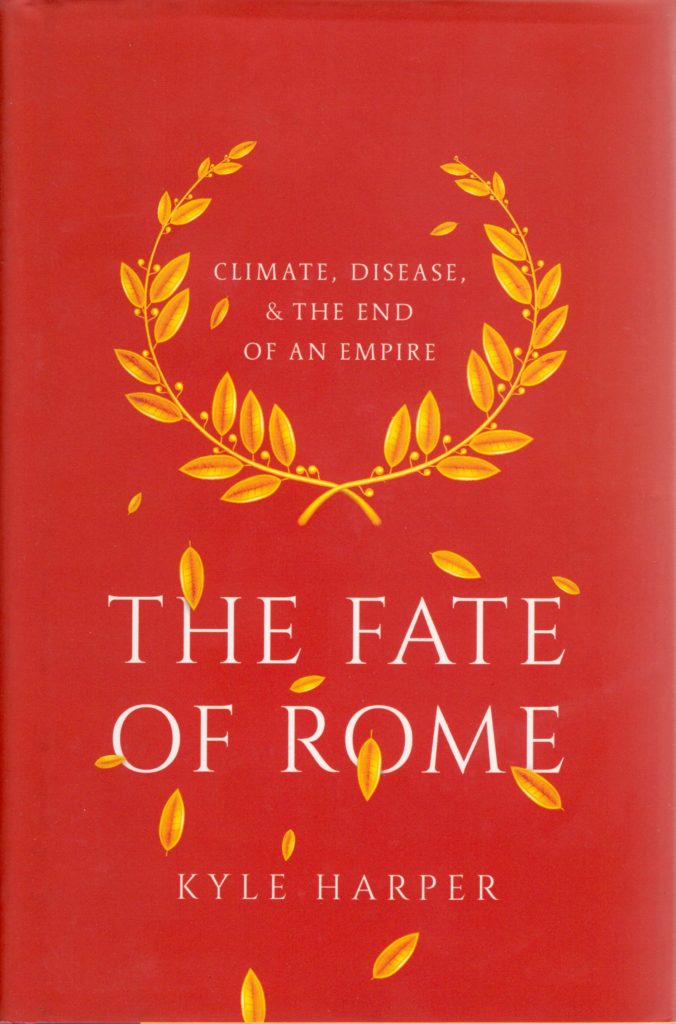 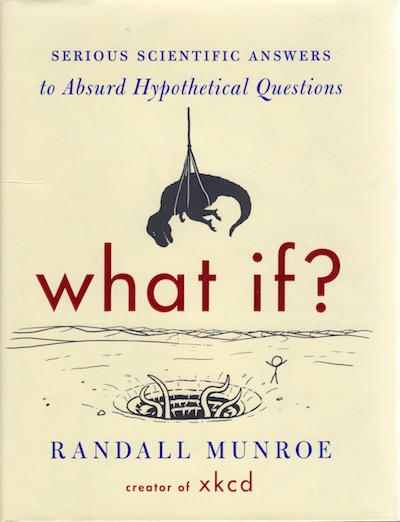 Avoidance. This book review is about the fact that I’ve been avoiding it for… well, months. The unit is months and that’s kind of embarrassing.

Why? I have no idea. I enjoyed What If? Exploring the extremes of something and doing the math to figure out what happens at those extremes is a useful learning tool. It was funny.

So why don’t I want to write this? Probably because I don’t feel like I have anything new to say that hasn’t been said; and I know this is about how *I* feel about What If? but I don’t know what to say, other than that second paragraph. Yes, this is a good physics/science/math learning tool. Yay?

It didn’t move me. Is this where I have to finally admit to myself that maybe I don’t want to read about math and science recreationally anymore? There was a time – my teenaged years – where I’d read popular science books before I’d read anything else. I’ve kept it up sporadically over the years, but… I guess I just don’t care any more. Nothing to do with this particular tome. 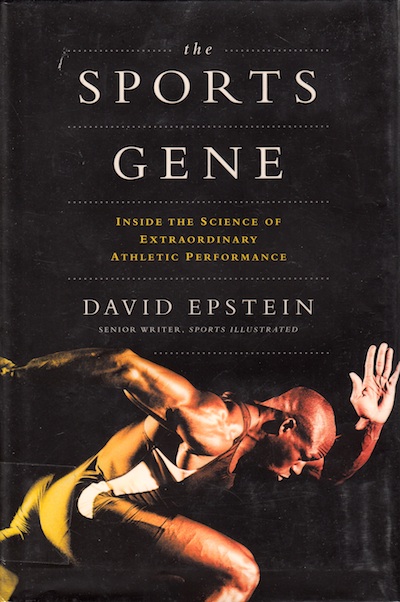 What’s it about?
Just so you’re aware, elite athletes are freaks. They have genes that not very many people have that allow them to do things not very many people can do. And then they have to have the heart and determination to work as hard as they can on the thing they do (e.g. run, jump, swim) so they can do it even better than the other freaks like them. This book is about the genetics of all of those things.

Why should you read it?
The Sports Gene is quite a good overview of the science – well, not being a sports nerd or the right kind of science nerd, it seems like a good over view of the science. And it is very readable. Comprehensible without ever making me feel dumb. I’m sure I could have felt dumb.

I’m never going to be better than a decent runner: my hips are too wide, I’m too middle aged (read: too much weight), I didn’t grow up at 6000-9000 ft above sea level, and I just don’t care enough. (And, I’ve recently discovered, I have a vitamin D deficiency – I have rickets! [not really, but I have started on vitamin D pills.]) But now I understand so much better why I’m never going to be a good runner. I could be, if I cared more. But there are too many books to read in the world. I care more about that. I run to stay in shape; I don’t know what I’d do if I couldn’t read. 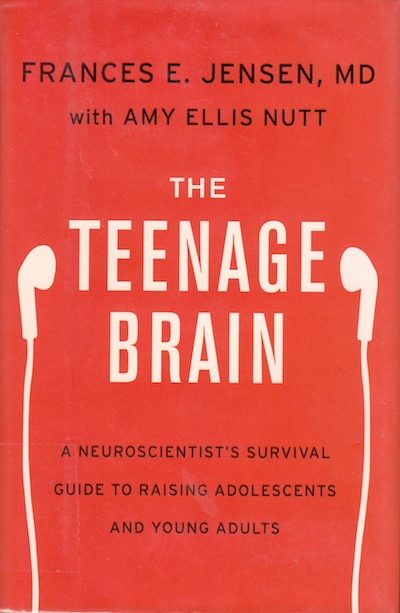 What’s it about?
The Teenage Brain is a book about brain development, especially through the teenage years. It came recommended from someone in my book club who has three kids, one of whom is in college. “It was so helpful.” It’s very science- and fact-based, as you’d expect. There’s a chapter on sleep, another on alcohol, another on stress, one on gender, another on mental illness… It’s comprehensive and clear and I learned a lot.

Why should you read it?
Maybe you, like me, have children who are on the cusp of becoming teenagers. Maybe you’re interested in the brain. Maybe you are a teenager and you want to know what’s going on inside your head. Whatever, I’d recommend The Teenage Brain. The author hits the right amount of data vs stories, and there are a lot of diagrams to explain chemicals and synapses and receptors (oh my). I feel like I have a better grasp on how to be a parent through my kid’s teenage years, honestly. And that’s what I was going for.

What’s it about?
Watch the trailer. It’ll do a better job describing it than I ever could.

Why should you read it?
Because The Martian is a damn good adventure story. Take a normal, albeit gifted, person and strand him on Mars. What are the challenges? What will go wrong? How will he deal with it? It moves at a good clip, though there are parts where it bogs down a bit. Switching between his viewpoint and NASA’s is an effective way to take care of the parts where it gets slow.

I should tell you: this book is *heavy* on the engineering, and it’s very Macgyver-y. It was initially self-published and I suspect that if it had gone through the normal publishing process most of the math & science would have been edited out. But it’s in there, and it helps the story because so much of the action is centered around using science to make sure he lives. 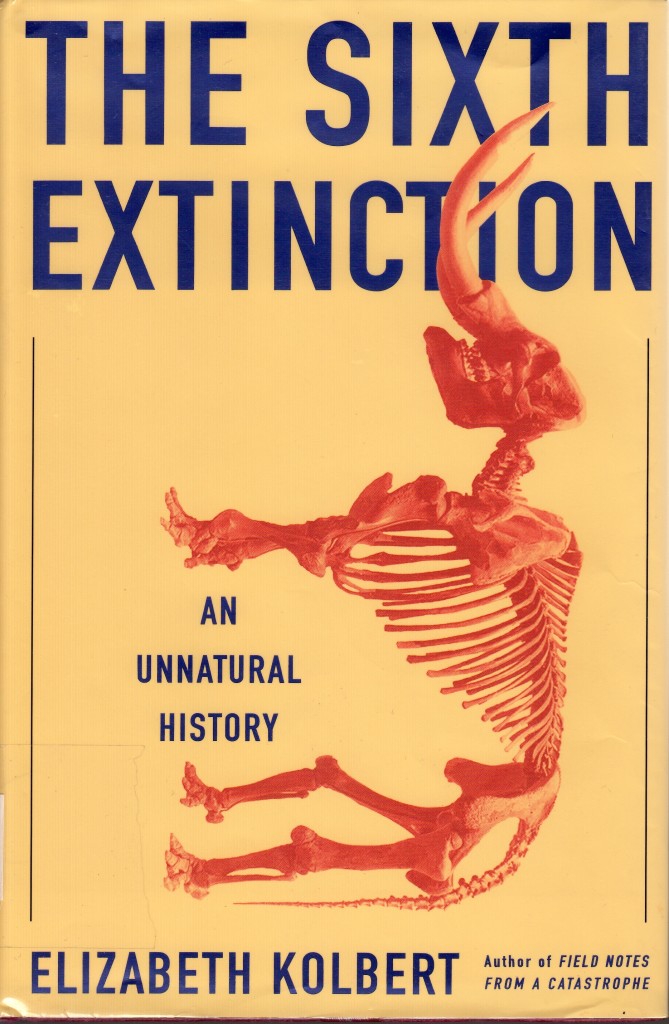 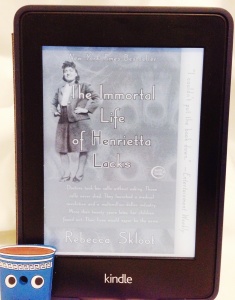 What’s it about?
The Immortal Life of Henrietta Lacks is two stories, really. One story is the history of cell cultures and how medicine uses them to research disease. The other story is about Henrietta Lacks’ family. Her cells revolutionized medical research, yet her family continues to be downtrodden and not compensated. They didn’t even know her cells had been taken for many years. It shows how institutionalized racism was (and is?) still in the US, and how that exists side by side with science.

Why should you read it?
Aside from the fact that everyone else already has? Because it’s an interesting story, particularly in conjunction with Ta-Nehisi Coates’ article on The Case for Reparations. The law around who owns your cells that have been taken for medical samples was non-existent for a long time. It’s still very, very young. It’s not just Henrietta Lacks and her family. There are other cases involving other people. Should they be compensated for the cells that would not exist without their bodies? Legally and ethically, it’s interesting. Would it be justice to start compensating the Lacks family? The Immortal Life of Henrietta Lacks both teaches you science and raises ethical questions. It’s worth your time.