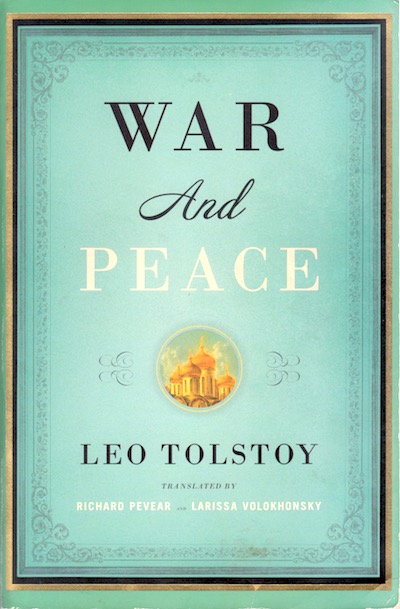 This is the first time I’ve read War and Peace. I never read it for school, and to read it on your own… It took some courage-building on my part.

But I loved it! Here’s what I’ve come to realize about War and Peace: people think it’s dense and complicated because it ends on a 40-ish page meditation on the nature of free will. The other 1160 pages of it? Are action-oriented and often very soap-opera-y. There’s a scene towards the beginning where two women are literally fighting over the will of the wealthy man who is dying in the next room. (And, really, they’re both poor and the way society was structured at that point: whoever inherited from him would be fine and whoever didn’t would probably be in the poorhouse for the rest of her life. I have some sympathy.) That kind of thing happens a fair bit – it makes for a good story.

The story dragged a bit when Napoleon was invading Moscow; but maybe it was that my life got busy. Overall, it was a much better read than I thought it was going to be. Two thumbs up.