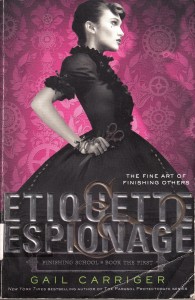 What’s it about?
Etiquette and Espionage is about a fourteen-year-old girl in an alternate steampunk Victorian universe. She is, of course, uncouth and adventuresome. She also, of course, gets sent to a finishing school to become a proper young lady. Said finishing school will also teach her to be a spy and assassin. There’s a macguffin being chased to provide a plot, but this one’s mostly about the setting.

Why should you read it?
It’s charming! It doesn’t take itself seriously (there are werewolves in top hats for crying out loud) and it has a sense of humor. Plus, I am always a fan of young women taking control of their lives. The only major theme that should be called out is: appearances matter. What you look like makes a difference. It’s presented, though, as a tool: if you want people to think you are from the country (as opposed to the city) you shouldn’t be wearing the latest fashions. If you dress like a slob, people will make assumptions about your competence. Form is function, to a degree. This doesn’t detract from the book’s appeal though – there’s no objectification going on, and it fits nicely. Overall, a winner. 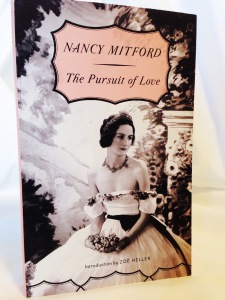 What’s it about?
The Pursuit of Love is about people who are foolish enough to want to always be falling in love without ever being in love. They only want that first flush of excitement and attraction. As soon as it settles down, starts deepening into a more robust relationship, they get bored and flee. both Linda and the Bolter – Fanny’s mother – are constantly flitting from one relationship to another.

Why should you read it?
It’s a bit slow by today’s standards – again. Life moved at a slower pace before radio and television and the internet. But it is delicious. You probably know (or knew) someone who flitted from relationship to relationship, never settling down, always convinced that the next person would be The One. Is it a quest for perfection? Perhaps. Does it ultimately lead to happiness? It depends on how you define happiness. The Pursuit of Love is amusing and fun to read, sympathetic to all its characters, while endorsing none. 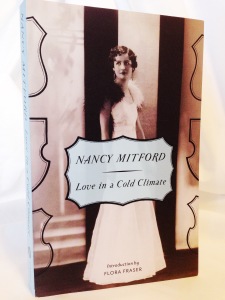 What’s it about?
Love in a Cold Climate is ostensibly about a young woman who falls in love with the wrong man and lives to regret it. Really, it’s about ogling the upper classes and their love affairs in Interwar Britain. Nancy Mitford was of the upper class, one of the famous Mitford sisters; many people read her books to learn more about them. The houses are lovely, the people are scheming and beautiful and witty.

Why should you read it?
Because Nancy Mitford is, in fact, a good writer. Forget learning about her life growing up, revel in Polly’s idiocy in her choice of husband. Or in Lady Montdore’s grasping of a new image. Or at Cedric’s flamboyance. This book is funny, if a bit slow-moving by modern standards. If you like P.G. Wodehouse, this might be for you.