My personal theory? People in Europe take their food so much more seriously, from the quality of the ingredients to the way to cook to making sure your eating experience is a good one. In America, food is fuel: no more, no less. The farm is a factory.

A Taste of Paris is a well-researched history of food in Paris. There are crazy menus from various royal celebrations, full of meat and designed to show power through eating. This was the era of overweight wealthy people. Getting enough calories was a power move.

Also, much of the food that we think of as French is actually from other places; e.g. the croissant is of Austrian origin. But the French claim it and make it better; no one thinks of croissants and Austria together now.

Downie is up front about his main prejudice: old-school French is best, where old-school is how the restaurants were when he first came to Paris. This is understandable; nostalgia for how things were in your youth is part of growing older. Even if it did occasionally make me roll my eyes.

If you are interested in foodie history and Paris, I would recommend A Taste of Paris.

My Life in France is Julia Child’s memoir and it made me endlessly hungry.

It really is her memoir of her time in France and of how she came to write Mastering the Art of French Cooking, volumes 1 & 2. It is full of her passion for food, a thing she came to late in life. As a result, she worked all the harder at it, creating what was one of the classic cookbooks. It took more than a decade to complete!

Her passion and total dedication to her subject – food – is as interesting as the Beastie Boys’ passion and dedication to music. The fervor comes through the writing, the way she would recreate recipes over and over to make sure they worked, her dedication to writing everything clearly, the way the recipes were tested by others before they were ever published.

I wanted a good fish meunière by the time I was done. Recommended. 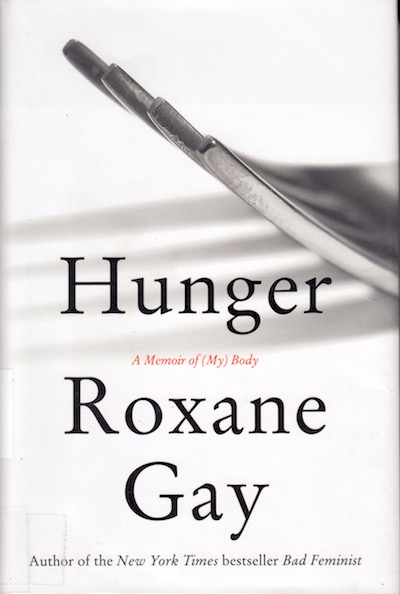 In intellectual circles, we often prioritize the mind over the body. I live in these circles, I’m not going to lie. Except that I also live in upper-middle-class California where life tends to revolve around exercise. How many steps do you average? If you run, what’s your mile time? Do you ride your bike to work?

If I’m honest with myself, I worry that I’m walking every day not to be healthy, but to conform to what American society has decided that the optimal female body shape should be. Am I just policing myself so that I don’t get yelled at by other people? Or am I really trying to be healthy?

These are the themes that Roxane Gay is dealing with in Hunger, except that her body issues  stem from trauma – she was gang-raped at 12. She gained weight to stay safe, to hide. She’s had eating disorders. She’s been through therapy, and is working to get healthy. All of this is laid bare in her memoir.

She also talks about desire; we hunger not just for food but also for connection to other people. Men’s desires are much more catered to in society (duh) than women’s, but that doesn’t mean that women don’t desire.

I would recommend this, if only to remind you that you have a body and what it looks like is part of who you are along with what you say and do. 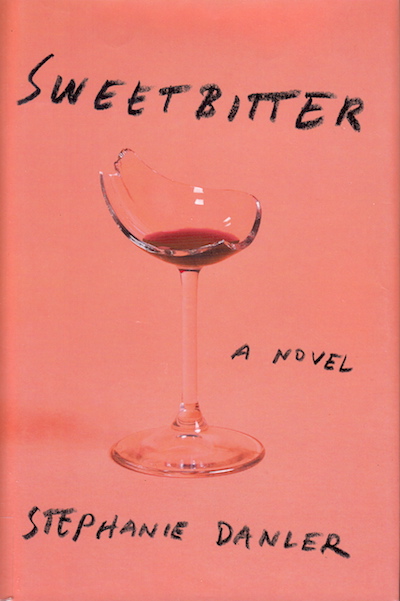 Sweetbitter is about a girl who moves to New York City to become a high-end waitress. This is a behind-the-scenes book about what it’s like to work in that world, and if you’ve read anything by Anthony Bourdain, you’ll already know the milieu this takes place in.

But it’s fiction, and it’s about a girl growing up. She’s finished college, and this is her path in life. It’s about her figuring out, if not her place in the world, the place she doesn’t want to be. There are stupid decisions about men, stupid decisions about friends, and stupid decisions about ingesting certain illicit substances. But many – most? – of us have made similar dumb decisions. The guy who is a bad idea but so hot. The friend who seems so sophisticated, but is emotionally stuck in a weird place. And you’ve never had too much to drink? I don’t think so.

I personally enjoyed this story because it was sensual without being over-the-top. It’s important to be good at your job. Tess’ job is knowing about food and wine – which makes for maybe some overeating whilst reading.

I like cooking. I like eating. I like savoring things, and I sometimes forget that in my overly busy, trying to be efficient world. Sweetbitter reminded me that savoring is a Good Thing.