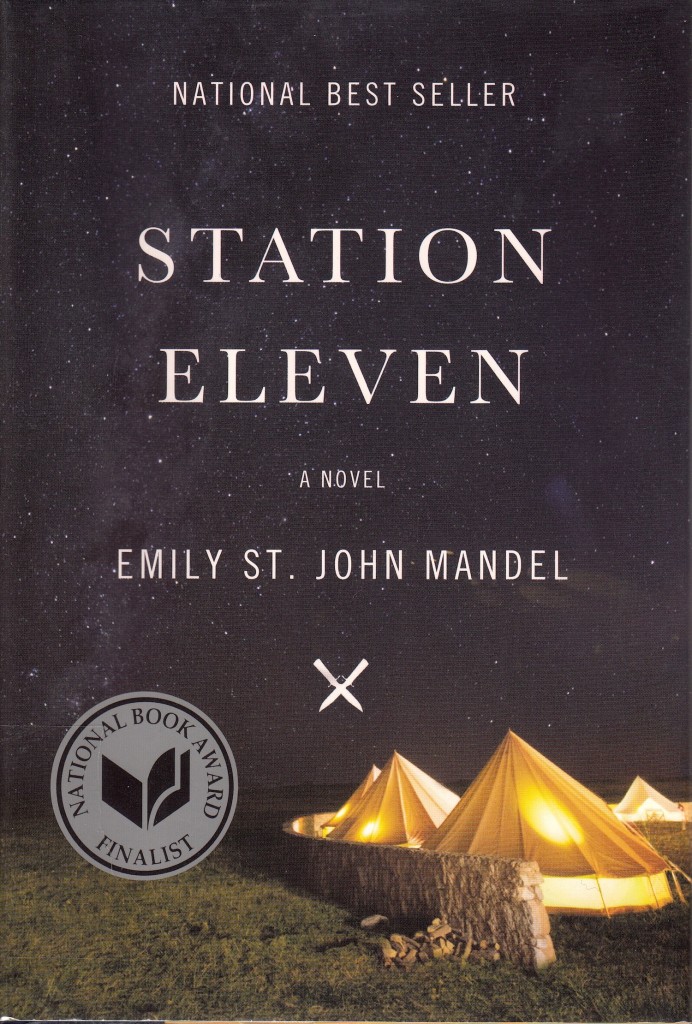 What’s it about?
Station Eleven is three stories in one. It follows the lives of three people, before, during, and after a plague – the Georgia Flu – kills 99% of the people on earth. (Georgia the former Soviet Republic, not Georgia the state.) The pre-plague storyline follows an actor as he gets famous, and one of his wives. The during-the-plague story follows the paramedic who tries to save the actor who has a heart attack on stage the night the plague breaks out. The post-plague story follows the child actor who was on stage with the actor that night. It takes place 20 years after the Collapse (as it’s known in the book).