As I read Bad Blood by John Carreyrou, I kept thinking: didn’t anyone learn from the first dot com boom?

Bad Blood is the story of Elizabeth Holmes and her now former company, Theranos. Her idea was to start a company – after only one year of college – that could perform a range of tests on just a drop of blood. Not the whole vial, or vials, that sometimes need to be taken. The problem, of course, was that it didn’t work; it never came close to working. Nonetheless she managed to hire more than 800 employees and at one point the company had a paper value of over $9 billion. How?

Good question. Her board had big names – Rupert Murdoch, George Schultz – but no one who knew anything about biochemistry. VC funds who normally invest in health care technology wouldn’t go near it, but other VC firms were more interested, maybe partially because of the names on the board?

Also because, as far as I can tell, Elizabeth Holmes was a really, really good salesperson. She used her own fear of needles as inspiration to investors and potential customers – likening getting blood taken to torture. And she apparently had a way of making people around her believe – really believe – that she and her company could do it.

But the tales of working at Theranos, the culture of fear, the spying on employees, the close watch over information and how it was shared was what really got me. People like Rupert Murdoch and George Schultz do know how to run large organizations and manage people and there was no indication that there was any board oversight of Elizabeth Holmes at all. Even George Schultz’ grandson, who worked at the company and tried to raise flags with his grandfather, was ignored because Mr Schultz trusted Ms Holmes so much.

Bad Blood is a thriller of bad corporate management and charisma trumping all. It should be a staple of MBA courses in the future. 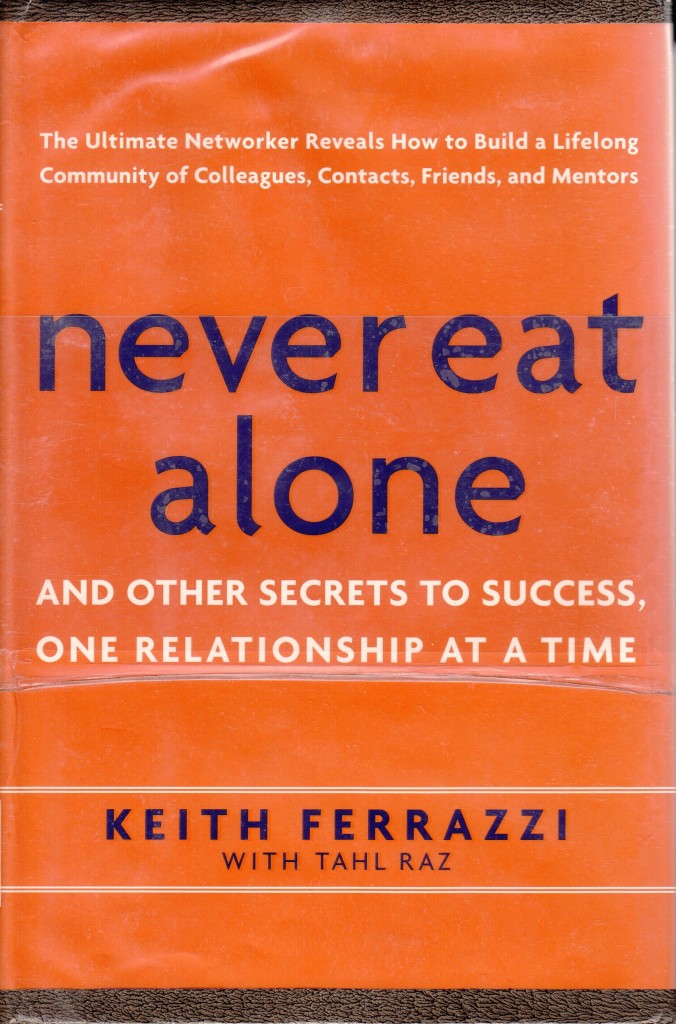 What’s it about?
Never Eat Alone is about having friends and their importance to your success. The book has some basic guidelines about how to be successful (set a three-year-out goal, create sub-goals that can be achieved every 1-3 months to keep yourself on track) and also how to meet people (hence the never eating alone because meals are a great time to get to know someone). Making and having friends is really how you get ahead in the world – the ambitious parents around here who insist their child get into this or that school often say, “It’s not that they’ll get a better education, it’s that their classmates will be the kids who are also successful.” It’s all about the networking in that case. But your friends will make reaching your goals easier, it won’t magically transport you to a place where all your goals are met.

Why should you read it?
I liked it because of its project-based approach to achieving your goals, and how the book emphasized that you have to work hard in order to get ahead. Networking is part of it – it helps to know the right people – but networking in this case means making friends. It’s not some weird business-only relationship. This book is full of advice about meeting people and being open to new people and being generous towards them. That was refreshing. I did skip the bits of the book that were more about “the brand of you” – creating an online persona that reflects what you want people to know about you rather than what you’re really about. That was all eyeroll-worthy. But overall, there are enough good parts of the book that it’s worth reading. 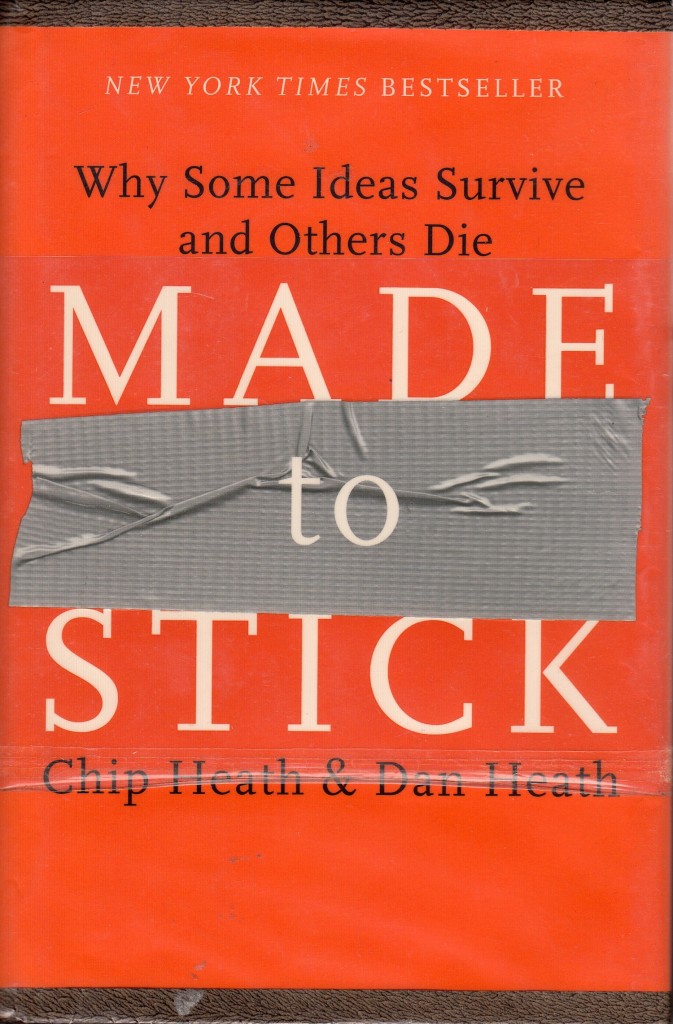 What’s it about?
Made to Stick is a book about how to get people to remember your idea. The authors presume that the idea is about your company or your cause or a product you make or your marketing message. They posit that there are six things you need to make your idea sticky (e.g., get people to remember it): simplicity, unexpected, concrete, credible, emotional, and it has to tell a story. They give examples and go into detail about what each criteria means.

Why should you read it?
This is actually a re-read. That’s right, Made to Stick is a business book I went back and read again. I’ve been doing a lot of communications work in my volunteer causes – email newsletters, websites, the like – and I wanted to refresh my memory on their criteria to guide me through some of my own writing and presentation. How should we talk about fully funding public education? How should we ask people for money? How should we portray our programs? I remembered it being helpful, but I needed a refresh. I’d recommend it to anyone who’s marketing a small business or organization. 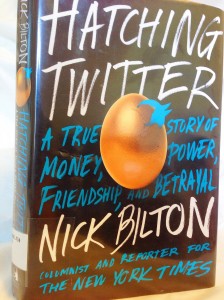