I love reading books about music because I can put my headphones in, call up Spotify, and get a soundtrack. I can hear what the writer is talking about. You get one level from listening to the music itself, you get another from reading about it, but the two together? It’s like combining peanut butter and chocolate: a whole that is greater than the sum of its parts.

In The First Collection of Criticism by a Living Female Rock Critic, Jessica Hopper has largely chosen essays about bands with women in them, or are about women in the music industry. (I did not listen to R Kelley during her essay on the sexual abuse allegations against him.) And so my Spotify recommendations and “on repeat” list is now full of female artists I either didn’t know before (see: Cat Power) or hadn’t listened to in years (see: early Fiona Apple and late Sleater-Kinney).

But it’s more than just the music. She writes beautifully and evocatively. The oral history of Rolling Stone, “It was us against those guys”, is a great history of the women who made Rolling Stone into a professional organization and the shit they had to put up with along the way. Those women are still helping each other in their careers today – because to make it as a woman in the music industry is hard and soul-killing and if you don’t help each other, you’re all fucked.

Yes, read The First Collection of Criticism by a Living Female Rock Critic, read about the Chicago punk scene of the early 2000’s, learn more about your favorite female musicians, learn about female musicians you’ve never heard about before, learn about how having to put up with sexist shit day in and day out kills your soul (if that’s an experience you haven’t already had to put up with). It’s worth it.

Debussy: A Painter in Sound took me months to read. Far longer than it should have, really. Why? As a high-school trombonist, I’ve played loads of loud, boomy orchestral pieces (think Beethoven, Stravinsky, Mussorgsky) and softer, more delicate, lower-pitched pieces, mostly originally meant for cello (like Bach’s Cello Sonatas). Debussy is most emphatically not that kind of music.

He, like all musicians of his day (late 1800s – v early 1900s), was creating in reaction to 2 main things: Wagner – a bombastic style to be avoided – and Impressionism – a lightness to be embraced. His works are shorter, some only a few bars long, and are largely for instruments like flutes, violins, and pianos. Ergo, the first stumbling block for me was my unfamiliarity with his music.

Debussy is less a biography of the man and more a history of his music. Walsh talks about his rejection of the Conservatory and its standardized notions of what a musician should do, the spareness and lightness of his music, and how it evolves over time. He talks about the spareness of the sound, the arpeggios, the scales, and while I understood the words, I couldn’t hear the music.

Thank god for YouTube, where I could learn about things like octatonic scales, and Spotify, for its numerous recordings of Debussy’s music. Without them, I would have understood so much less. I listen to Debussy regularly now. His music is light and delicate and I’m not sure I would have ever taken the time to listen closely before.

I want, at some point, to learn to play some of his pieces on the piano (and take the years of piano lessons that would render that possible), to listen intensively to all of his music, to go to concerts when we can do that again, and to re-read Debussy with a much more knowledgeable ear and eye.

That’s all you can ask of a book sometimes: to make you want to go down the path it has laid out before you. this one does its job.

I’ve been in something of a reading slump lately. Including with this book. I started Paris in the Present Tense ready for its atmosphere and characters and sank into the first chapter. After that, every time I picked it up, I read slightly less and was slightly less interested in the story. Once I was halfway through the book I found myself not caring almost at all.

I don’t think it was the story, about an older man, a failed musician, who is still fit and exercises daily, whose grandson is dying and through a series of events ends up in a street fight and kills a young man (who, it should be said, was about to kill him). You root for him, but I’m not sure you should. And I didn’t care enough to explore the middle ground.

But was it the book or was it my slump? It’s hard to tell, but I can’t recommend Paris in the Present Tense, despite my initial delight with it.

I have been looking forward to Somewhere Only We Know since I first learned about it last fall. Why? Because Maurene Goo writes delightful teen romances that I quite enjoy. But also because this is an updated take on Roman Holiday, one of my favorite movies.

In Roman Holiday, a princess whose life is too structured, escapes the palace after taking a sleeping pill, only to be found mostly asleep on the street by a journalist. He thinks he’s stumbled onto the story of the year, only as they spend the day together they start to fall in love. He decides that he can’t publish the story, and she returns to her life at the palace. They go their separate ways.

Somewhere Only We Know is basically the same story, but in Hong Kong instead of Rome, and with the top female K-Pop star instead of a royal princess. And instead of a journalist, it’s a paparazzo who would much rather be studying photography, but he hasn’t figured that out yet.

If you like a teen romance with a travel flavor? This is your book.

Grace is, as advertised, Grace Coddington’s memoir. She is a hoot, and this is a fun story of a person who loves clothes and fashion and art practicing her craft throughout the mid- to late- twentieth century. She certainly sounds like a lively person to be around and being in the fashion world during that time seems like a hoot.

Unfortunately, I only got through about half of this book because, while she seems like a great person who is full of enthusiasm, the story got a bit repetitive (she’s in London! no Paris! now London again!) and it was more name-droppy than I would have liked. Don’t get me wrong, she’s just talking about her friends, but a little bit less of making sure we know she knows these people and more about fashion in the 1960s and beyond would have been better. It was eventually tiresome. 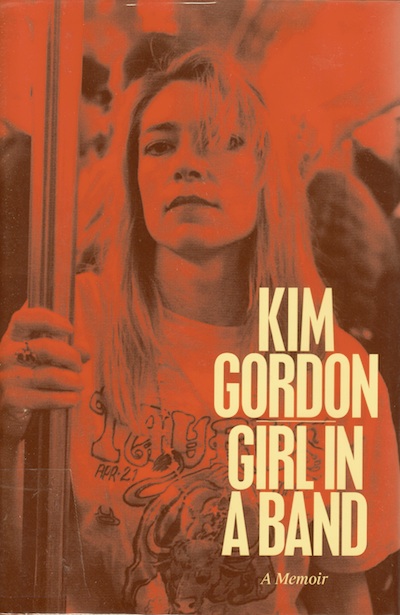